By HockeyStyle Magazine 28 november 2019 No Comments

He is a Dutch premier league player (Hoofdklasse) at Almeerse Heren 1. Owner and founder of a hockey school in his native country Switzerland. International field hockey and indoor player. Let’s talk about field hockey with Switzerland’s finest: Andrin Rickli.

Tell us Andrin, where did field hockey start for you? I started playing field hockey in the backyard of my family’s house. My father was a passionate field hockey player. He is the reason I started to play.

Switzerland may not be the biggest country for field hockey, but they show great competitiveness indoors, where they are placed 9th in the world rankings. Can you tell us more about the Swiss vision on both field and indoor hockey? What can the EHF do to support field hockey in Switzerland? And would it help? Yes, Switzerland is not the biggest field hockey country, but indoor hockey has a long tradition. Because of early snow and freezing temperatures in Switzerland, we are forced to stop the outdoor league earlier than most other countries. And so, because of the weather, our indoor season is longer. The number of players on an indoor team is limited, which is an advantage in a country that does not have many hockey players. As a result, indoor hockey in Switzerland has more weight than outdoor hockey in comparison to other countries.

You played field hockey in Belgium and now in the Netherlands, two neighbouring countries where field hockey is massive. Is playing and training in Belgium different compared to the Netherlands and how/why? No, there is no real difference in terms of training and professionalism. The only significant difference is in the facilities. Dutch clubs have an impressive infrastructure resulting in a higher number of spectators during championship matches than in Belgium. But hockey is in constant evolution in Belgium. I would not be surprised if this difference between the two countries disappears in a few years’ time.

How about the new 4 quarters rule – for international games 15 minutes – for national games 17,5 minutes. What is your opinion on the changed rules this past decade? I don’t like the game time to be shortened. I know time is stopped for the corners. But I would prefer to play 4 x 17,5 min and stopping the time for each corner. 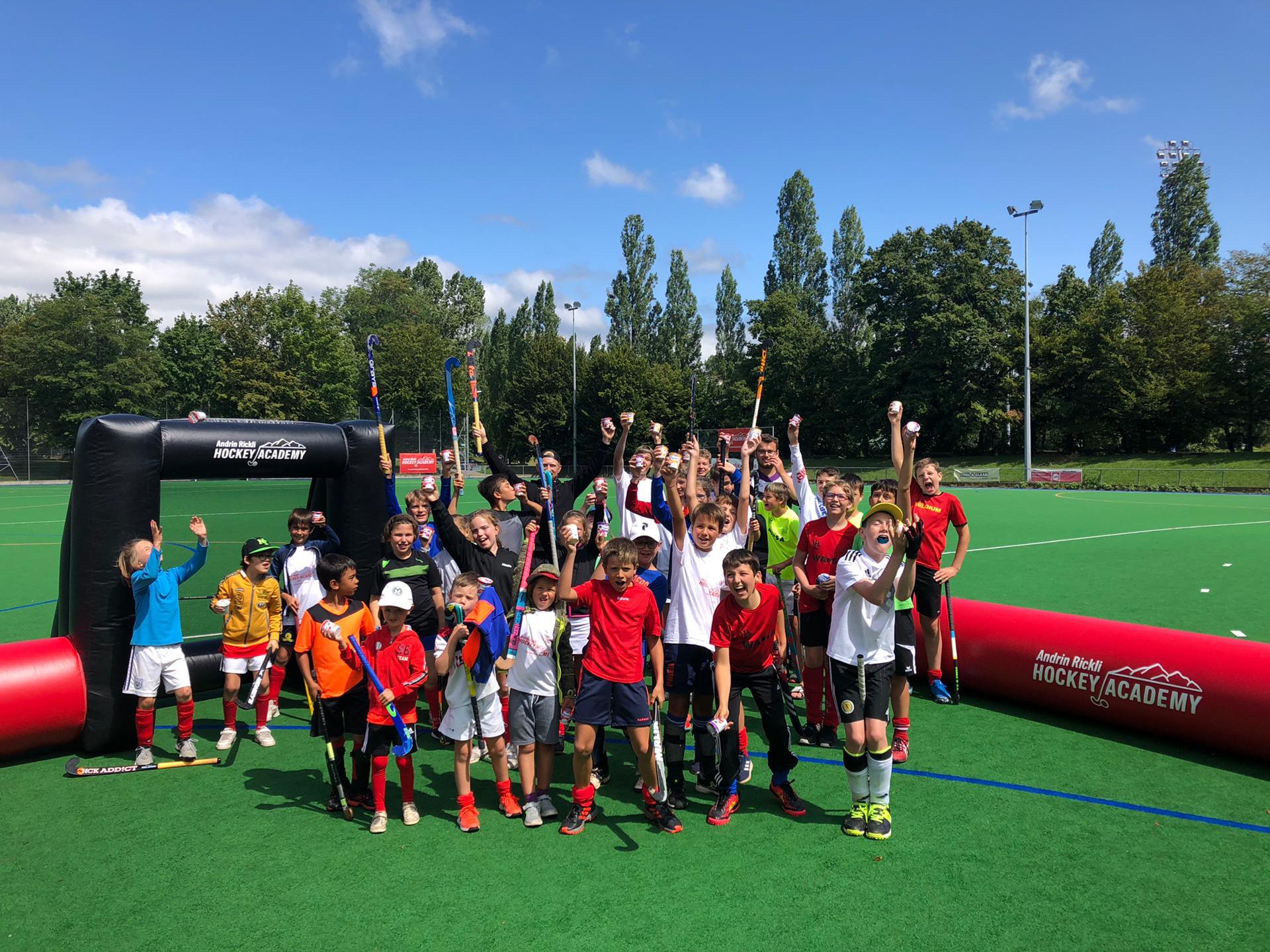 Your goal is to share your field hockey experience and know-how in Switzerland and bring more focus to the outdoor side of the sport. Your own hockey school, the Andrin Rickli Hockey Academy, is specialized in this area and your summer clinics were very well received. What’s the planning for this season? Yes, last summer we organised our first hockey camp in Lausanne, which was a great success. I had a lot of fun with the kids there. In March, we will have a weekend hockey clinic in Zürich. A second summer camp will be organized as well in 2020. We also plan to organise a “Swiss Experience Hockey Camp” where Dutch players and kids from other countries can participate. The aim is to combine hockey training with other external activities specific to Switzerland (mountains, lakes). Young people will be able to play hockey and discover the most beautiful places in Switzerland, with participants from different countries.

You are a youth field hockey coach in The Netherlands as well. What is your advice for the young talents of the future? What should they do to reach the top? First of all, they are really lucky to be involved in clubs with such nice facilities and to play hockey in a country where there is an infinite number of options to progress (hockey clinics and camps, …). Then, my first advice is to keep enjoying hockey and having fun playing with your teammates. At a second stage, if a young player is talented, I think it is important to make a decision. Talented players should decide if they want to commit to a more ambitious hockey level or not. If it is the case, they must be prepared to invest a lot of time and energy in training, including the extra workouts, etc.

My father always told me: “If you want to be better than the others, you have to do more than the others”. Being a top-level hockey player demands a lot of self-discipline, so a young talent must use all his training opportunities to train as hard as possible.